Where it all began

On assignment in the former Yugoslavia in 1993, filmmakers David Wilson and Bill Leeson, along with social entrepreneur Willemijn Verloop, were horrified by the violence and ethnic cleansing they witnessed and particularly, the impact this was having on innocent children.

When they returned to the UK, they were shocked to find that this massacre,  happening on their European doorstep, was met with indifference and inaction from political leaders.

So, they decided to do something about it – and War Child was born. 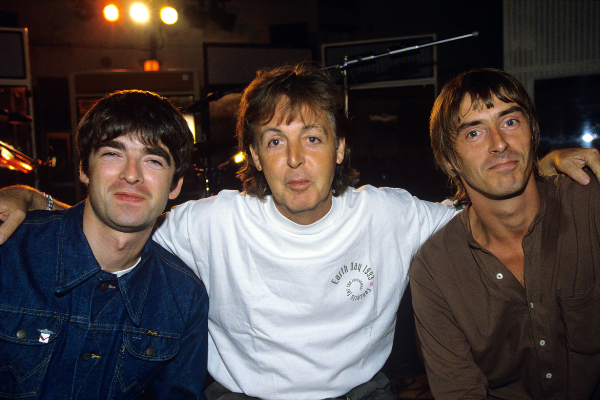 The cream of the British music industry - including Paul McCartney, Oasis, Blur and Radiohead - came together to record an album for us in just three days. The HELP album shot straight to the top of the charts, raising a staggering £1.25 million. With it, we were able to build a music centre in Mostar, Bosnia, which used music therapy to support children affected from all sides of the conflict. 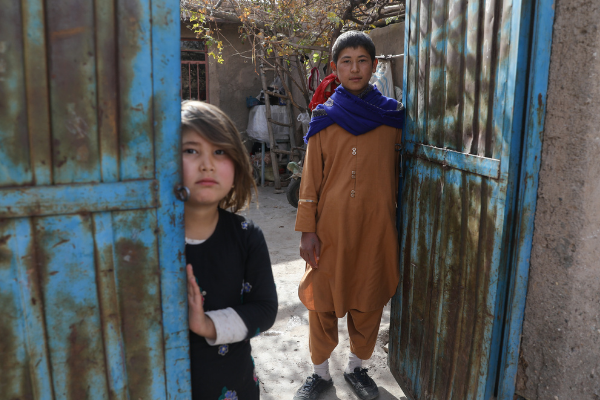 War Child launched its first project in Afghanistan in the city of Herat, supporting families who had been internally displaced and were struggling to afford food and make a living. In the years that have followed, we have expanded our projects to protect, educate and find opportunities for vulnerable children and their families- as well as speak out on broader issues like gender discrimination. 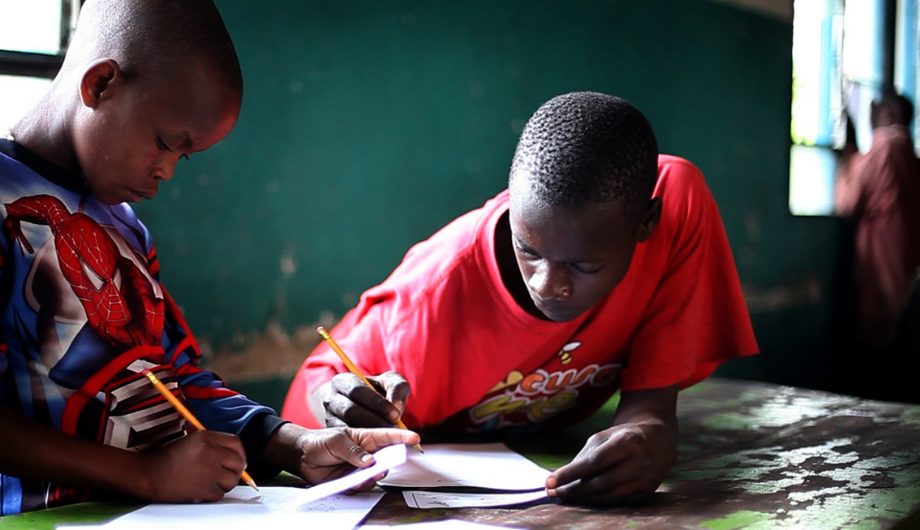 Expanding to the DRC

In 2004 we began operations in the Democratic Republic of Congo (DRC), working with communities to help protect children affected by armed conflict from violence, abuse and exclusion and to improve their access to education. Today, our programmes in the DRC focus on helping children leaving armed groups reintegrate back into their communities, supporting young people to speak out on local issues that affect them, and providing education and employment opportunities to give them the chance of a better future. 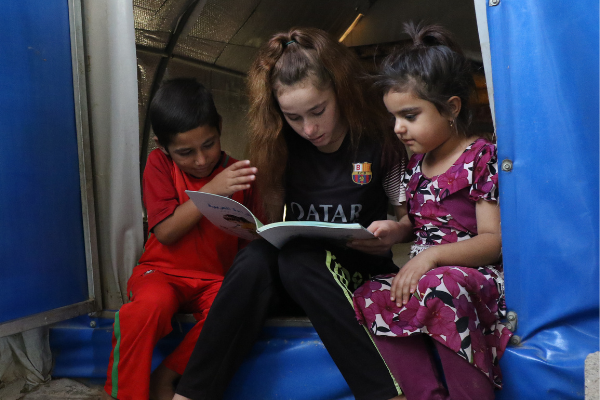 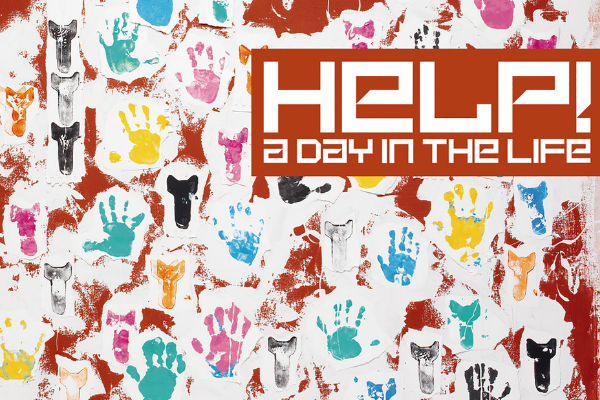 Help! A Day in the Life

To celebrate the tenth anniversary of the iconic HELP album which kick-started War Child’s history with the music industry, a new generation of artists came together to create, at the time, the fastest album ever. They recorded Help! A Day In The Life on a Thursday in September 2005 with the album being available for download just twenty-four hours later. This time the album featured artists such as Coldplay, Bloc Party, Gorillaz, Elbow and Kaiser Chiefs.

In 2021, the album was released on vinyl on our own record label, War Child Records, and was made available on digital and streaming platforms. 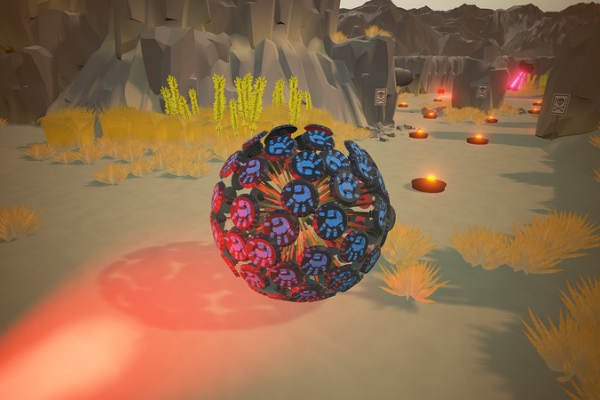 Getting in the game

We began collaborating with video game developers, studios, streamers and the wider gaming community to find innovative ways to reach even more children affected by conflict. To date, our relationship with the gaming community has helped to raise over £5 million. 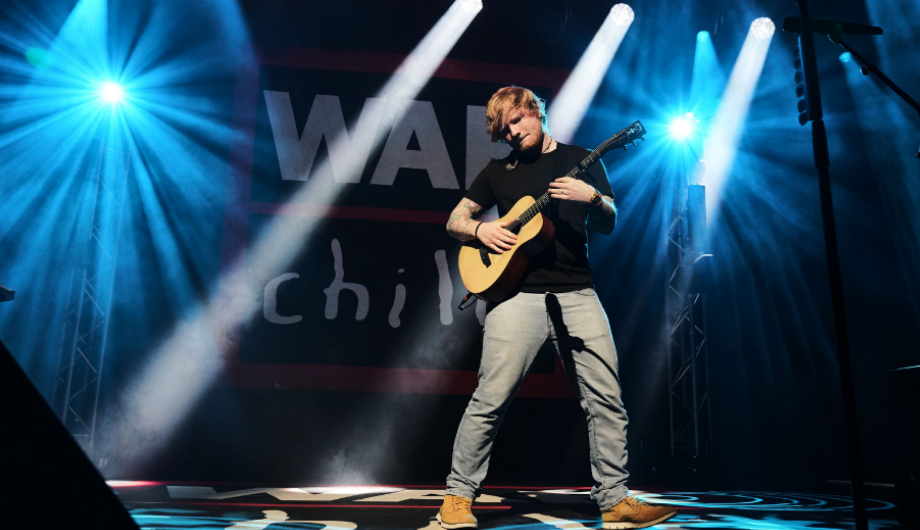 We started staging shows around the BRIT Awards, where big artists play small venues for a great cause every February. The biggest artists in the world have since performed for us - including Ed Sheeran, Florence + the Machine, Muse, AJ Tracey, Bastille, alt-J, Jess Glynne and many more. 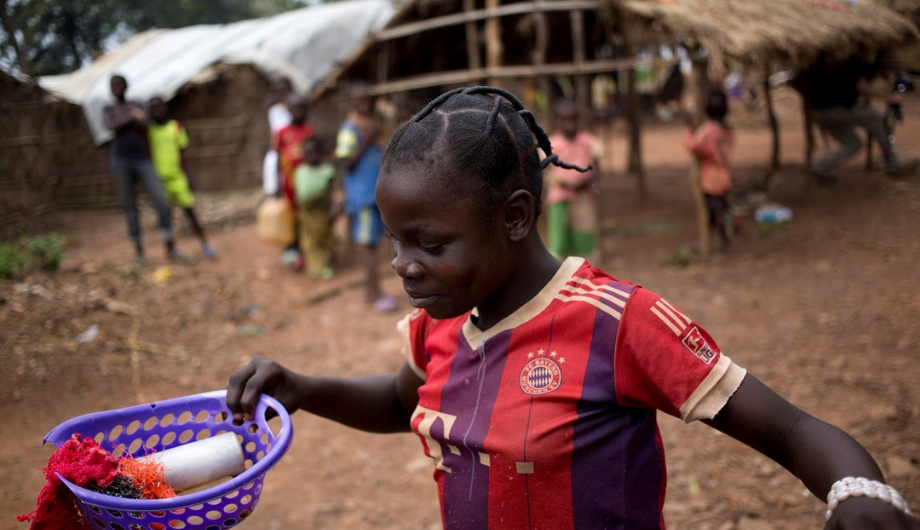 In 2014, we launched operations in the Central African Republic (CAR) to provide life-saving protection, education and opportunities to conflict-affected children and their families. Today, our work focuses on reaching the most vulnerable, including children who have experienced sexual violence, have been separated from their families, are currently and formerly associated with armed groups, as well as those undergoing the worst forms of child labour. 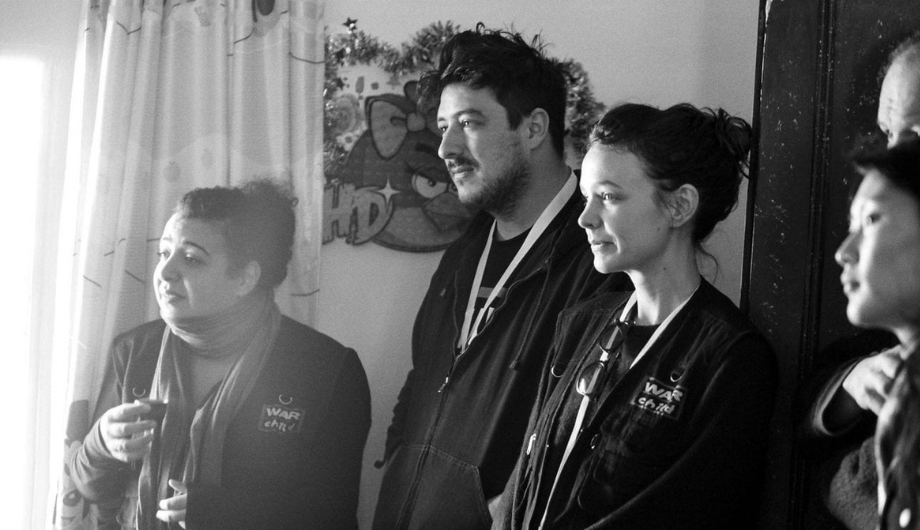 In 2014, we welcomed Oscar-nominated actress Carey Mulligan as our Global Ambassador. Carey was inspired to become an ambassador after seeing firsthand our work supporting children affected by conflict in Goma, Democratic Republic of Congo. 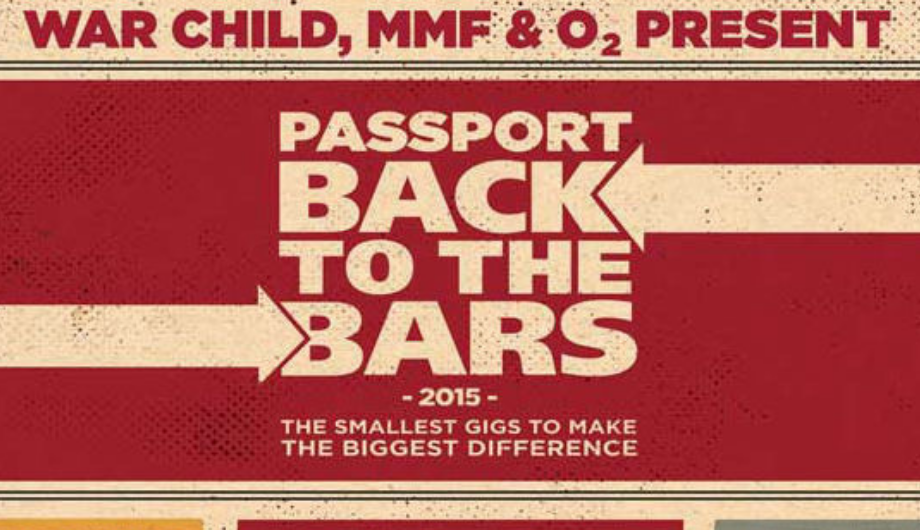 Passport Back to the Bars revival

Passport Back to the Bars, a six-night series of concerts held across the UK in small, intimate venues made a comeback and brought with it amazing relationships with artists including Elbow and Bastille, who have regularly recorded unique music and performed unforgettable shows to support our work ever since. This series paved the way for our annual series of gigs with the biggest and most exciting names in British music which is now known as BRITs Week. 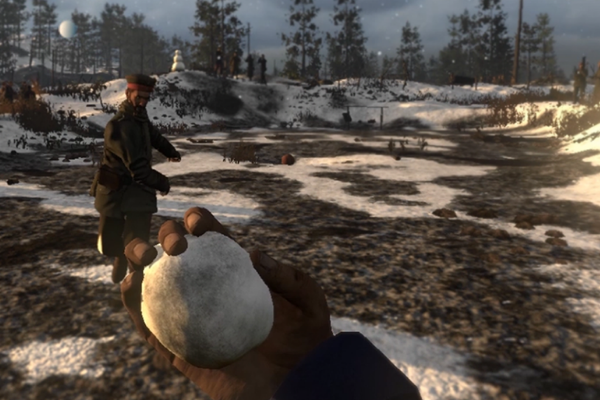 A call to Armistice

In 2016 we launched Armistice, a campaign calling for peaceful gameplay across the world. Along with our US partner Child in Conflict, Armistice saw war games ‘pacified’, with soldiers putting down their guns and taking up snowball fights instead. To date, the campaign which takes place in November to coincide with Armistice Day has raised over £1.5 million and been supported by 50 of the largest conflict and war-themed games in the world. 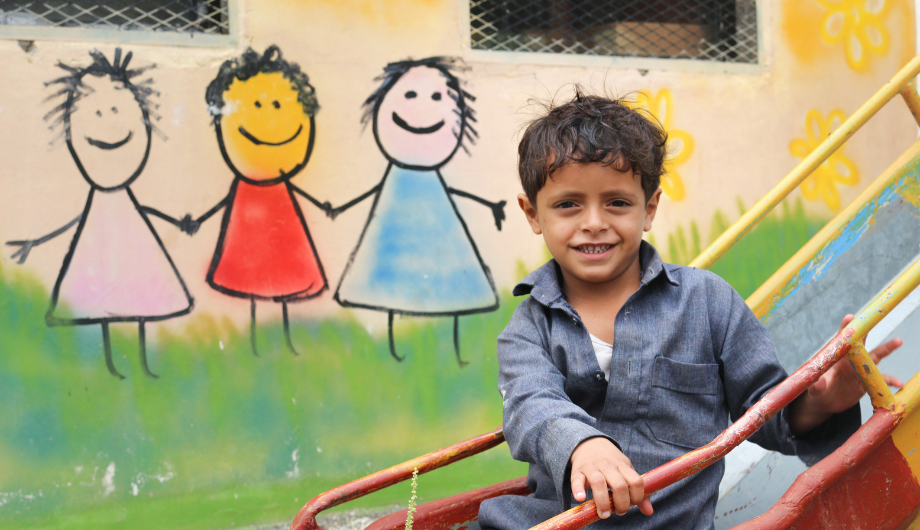 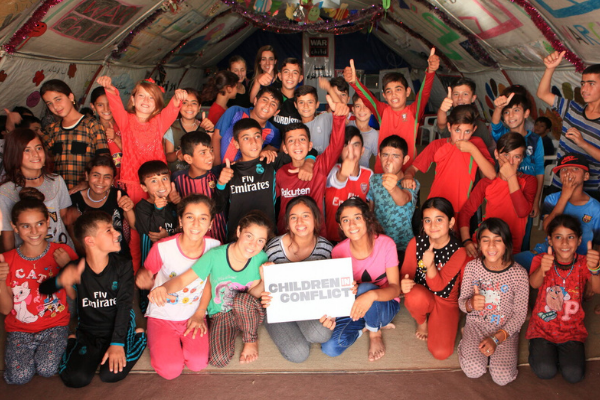 Children in Conflict is born

In the Autumn of 2017, our US partner organisation, Children in Conflict, was officially launched at a gig by Global Ambassador Marcus Mumford and his band, Mumford and Sons at New York City’s Global Citizen Festival. Since then, Children in Conflict have continued to partner with the arts on events to raise money and awareness to transform the lives of children living through conflict.

We joined forces with the Evening Standard and launched our Learn to Live campaign to help raise awareness of the importance of education and mental health support for children affected by war. The campaign was backed by London Mayor Sadiq Khan and our newly appointed Global Ambassador, actress Vanessa Kirby. To close the campaign and raise funds to support children affected by conflict, we took over Shepherd’s Bush Empire for three nights of unforgettable live music shows featuring the likes of Jon Hopkins, Tom Misch and Everything Everything. 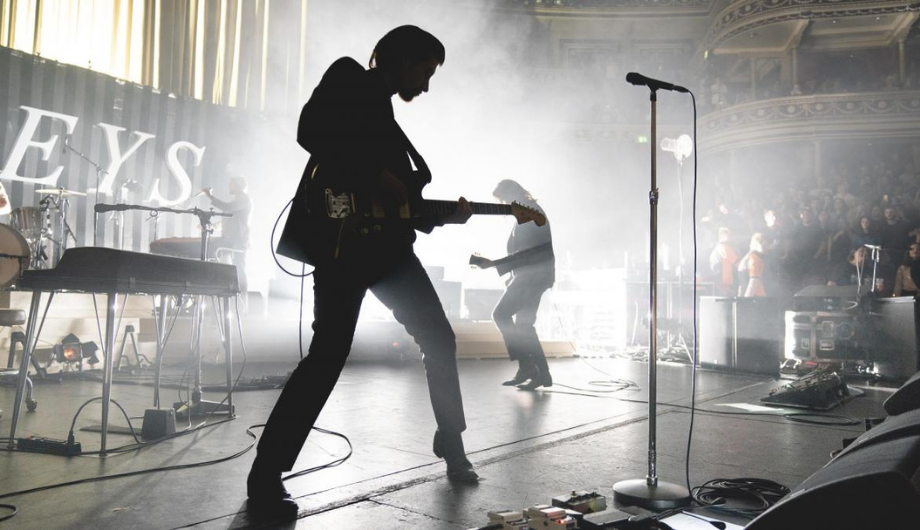 The monkeys take the Royal Albert Hall by storm

In June 2018, Arctic Monkeys performed a standout live show at the Royal Albert Hall, raising an incredible £250,000 to support our work. Two years on, we released a live album in collaboration with the band to immortalise the game-changing gig. 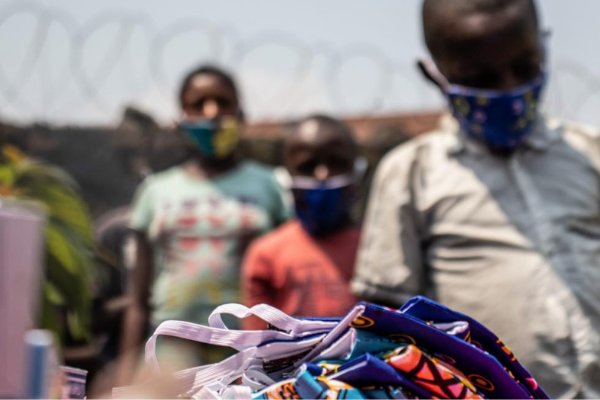 In response to the global Covid-19 pandemic, our incredible supporters across the creative industries donated exclusive items and experiences for the public to buy, bid for or win to quickly raise vital funds. The crowd funder raised over £300,000 and helped us to support and protect vulnerable children and their families from the devastating impacts of Covid-19. 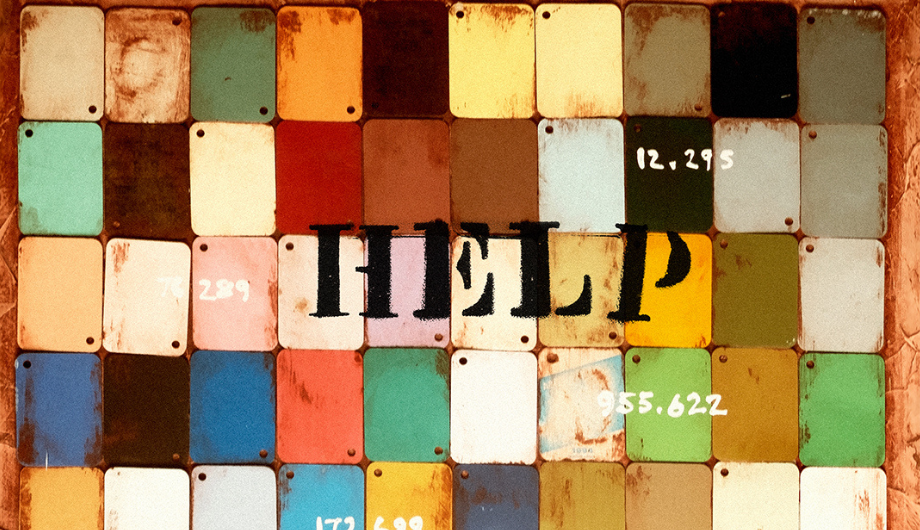 2020 also marked 25 years of our landmark HELP album. We celebrated the occasion by reissuing the album on a special edition vinyl, and made it available on digital and streaming platforms for the first time ever. 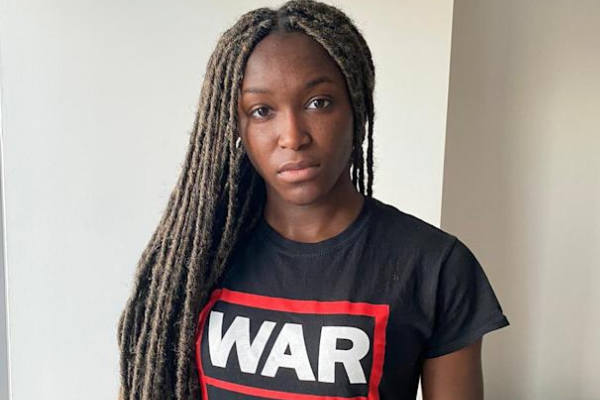 We were also delighted to welcome footballer Rinsola Babajide as our first ever Sports Ambassador. Rinsola lends her support and voice to raise awareness of our protecting, educating and standing up for the rights of children living through conflict. 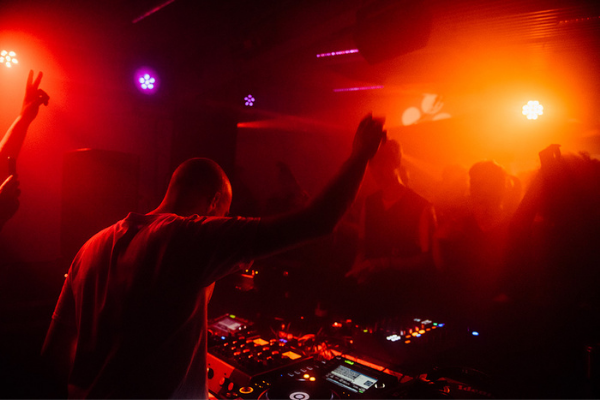 Supporting The Right To Dance

We launched The Right To Dance, an innovative membership service, offering amazing discounts on live gigs, merch and exclusive mixes for underground music lovers. Acclaimed electronic DJs Bicep and the Blessed Madonna headlined our first party where funds raised from the night supported our emergency response in Afghanistan. Become a member at therighttodance.org. 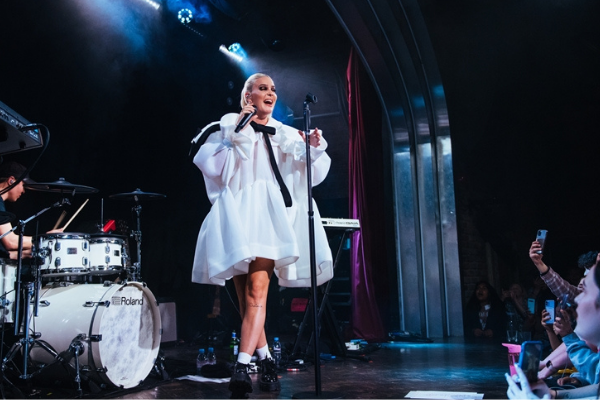 BRITs Week is back

War Child employees, Senior Leadership team, Board of Trustees and ambassadors, all share the same passion to protect, educate and stand up for the rights of children in war.

We work with a number of passionate, creative and forward-thinking partners, agencies, brands, corporates, trusts and foundations to ensure we have the greatest impact for children living through conflict.

Music, Gaming, Shop. There are lots of ways you can ensure a safer future for children living through war, get involved in some of them here.